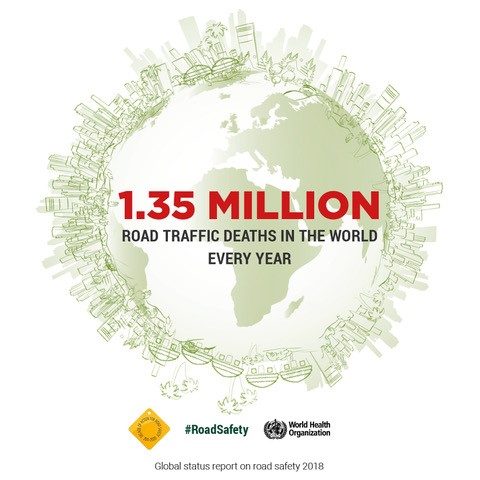 Last month, the World Health Organization (WHO) released its Global Status Report on Road Safety 2018, and the contents are grim: globally, 1.35 million people die every year in road traffic crashes.

Warning that drastic action is needed, the report notes that “the price paid for mobility is too high, especially because proven measures exist.”  Put more plainly: we know how to make roads safer especially for vulnerable road users such as pedestrians, cyclists and motorcyclists–so why aren’t we acting? 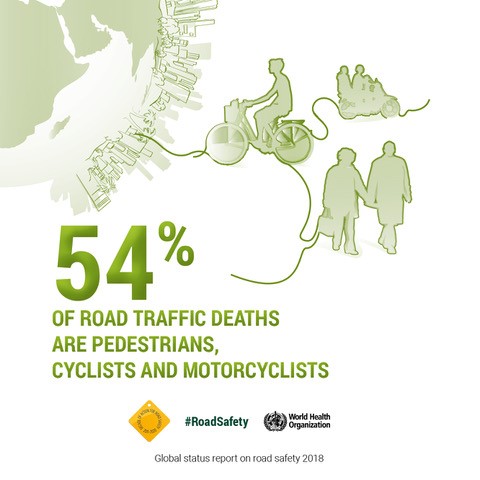 In the report, countries are called to act on a dozen performance targets to meet with deadlines ranging from 2020 to 2030. Some of these targets include:

As the list above indicates, training drivers to “drive better” is only part of the solution. Cooperation is also required from a multitude of stakeholders to create truly safe roads. This means everyone from individual drivers to traffic engineers and city planners, to regulators and law enforcement, to car manufacturers and of course governments. Many of these actions must be taken at the municipal, provincial or federal level and that requires the political will to act.

It might be easy to dismiss the gravity of the numbers stated in the WHO report because as a global report, its statistics include countries with less safe infrastructure, laxer law enforcement and lower safety standards than those in Canada.  However, while Canada is ahead of many countries in this regard, it is also behind in others. 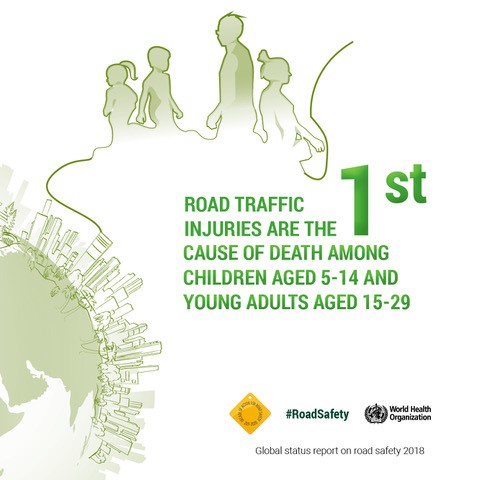 Case in point: here at home, the OPP reports that in the first half of January, there was a 271% increase in fatalities on Ontario’s highways, over the same period in 2017.

Despite the fact that overall, road traffic fatalities are trending downwards in Canada, most would agree even one road death is too many. There is much work still to be done.

Can You Be Fired or Let Go While on LTD in Ontario?

Can you be fired or let go from your job while you’re off on LTD in Ontario? It’s complicated. Employers know it will not look good if they fire someone who is sick, and it’s not something most will do lightly.  That said, there are circumstances in which an employer can terminate an employee who’s […]

5 Tips for Better Communication With Your LTD Case Manager

In our last post, we talked about how important it is to be mindful of what you say when you’re in contact with your LTD case manager (also known as the claims specialist or claims manager). Being truthful, staying on-topic, and watching out for contradictions are all very important. In today’s post, we’re sharing some […]